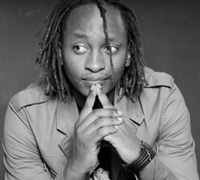 Eric Wainaina, Kenya’s famous singer-songwriter is listed among the 40 most powerful celebrities in Africa. After the infamous 1998 Terrorist bombing in Nairobi, he instantly released “Kenya Only” a song which went on to become the official mourning song for the period. His debut album “Sawa Sawa” which he released in 2001 has sold over two million copies, making it one of the bestselling Kenyan albums of all time. The multi-award winner released his third studio album “Love and Protest” earlier this year. In 2009 he produced the musical “Mo Faya” which was shown at the New York Musical Theatre Festival and received rave reviews.