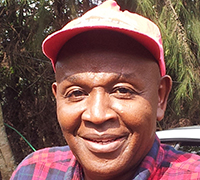 Patrick Njiru is Kenya’s most successful indigenous rally car driver, winning the Group N class with a fourth place finish in the 1994 Safari Rally. Patrick’s final position remains the best-ever result by an indigenous driver in Safari, when it played a major role in the World Rally Championship (WRC). The chance for Kenyans to race at that level seems to have been lost, can the rally profession come together to bring a new generation of drivers into the sport?  Now retired, he is still racing actively as a member of Race4Change, the microfinance rally team supporting a multi million dollar awareness campaign to help poor communities in Kenya.