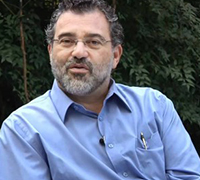 Virgilio Viana holds a PhD in Evolutionary Biology from Harvard University, and has conducted postdoctoral research at the University of Florida. He organized the discussion which led to the creation of the Forest Stewardship Council (FSC) in 1993. He was founder and president at IMAFLORA, the !rst forest certi!cation organization in Latin America.

In 2003, he became the !rst Secretary of the Environment and Sustainable Development of Amazonas, the largest and most forested Brazilian State, and coordinated the Green Free Trading Zone Programme. Currently he is CEO at Amazonas Sustainability Foundation (FAS) which aims to foster local welfare and the sustainable involvement of forest dwellers throughout Brazilian Amazonia. Thanks to Virgílio, FAS has implemented one of the largest PES (Payments for Ecosystem Services) programs within a REDD+ framework in any tropical forest region, which now extends to over 564 local communities and over 10 million hectares of forest.